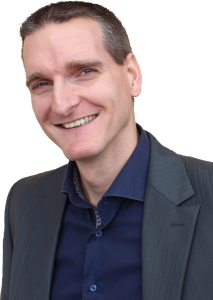 What is so special about entrepreneurs?

Entrepreneurs are the movers of the economy. You are special. You make things happen, you are pro-active, you go out there and create value in other people’s lives every day. I want to help you and your business thrive, because, in the end, all of humanity will benefit from that.

How I started out...

From an early age I was interested in having my own business. It runs in the family. My grandparents had their own supermarket and my father became a business owner when I was about 14 years old.

But I also had other interests, so I studied Civil Engineering. After graduating I started working for international Billion euro plus companies. I was making good money for such a young gentleman, but somehow it didn’t feel right. As an engineer I noticed that the impact managers had on the business was much bigger, so I decided I wanted to become a manager.

As I set out to learn more to become a manager the idea of starting my own business was always in the back of my mind, but I didn’t know what kind of business. I felt I was in the wrong industry to start out, all the companies in dredging appeared so big to me. Nevertheless, at a certain point I thought to myself, I want a really interesting management job, or I quit and start a business, doesn’t matter what kind. So I got promoted to General Manager of an international branch office.

At age 29 I was the youngest General Manager ever in that company and fully responsible for a branch office with 1,5 Million euro in sales and a team of 10 people. In just 3 years I grew the sales to 4,5 Million euro with just 13 people, all the while working 40 hours a week. I detested the idea I had to make insane hours just because I was a manager. The real growth came from effective delegating and focusing on the most valuable opportunities in the market.

After 3 years my expat contract ended, so I had a choice to make. I didn’t want to move back to a management position back in The Netherlands, so I decided that it would be the ideal moment to start my own business.

So, I left my job to start my own business. That was mid-2017. I was so nervous when I started. Will people hire me? Can we make enough money? Is there even a market? I worried so much that I set aside enough savings so that we could live without any income for a year.

I didn’t need to worry. Just 6 months later I made 30 thousand euro. In 2018 I reached hundred-thousand-euro without employees, said no to another seventy-thousand-euro worth of projects that I didn’t like or couldn’t accommodate and only worked 4 days a week most of the year.

In short, I managed to grow two very different sized and types of companies, worked less than 40 hrs a week on average, and I can help you do the same.

I want to create a better world by making people financially stronger. My biggest dream is an economy with no crises. History has shown that economic crises result in a political shift that is more radical, more right-winged. Especially minority groups are a victim. By stabilizing the economy there are no drastic shifts in politics either, meaning the world becomes a freer and safer place.

I want to help 1000 entrepreneurs grow their business to more than 100.000 euro of income and hiring at least one employee.